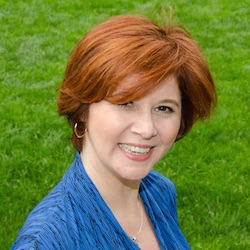 Goal-setting expert Debra Eckerling is the author of Your Goal Guide: A Roadmap for Setting, Planning & Achieving Your Goals and founder of the D*E*B METHOD. Debra helps individuals and businesses figure out what they want and how to get it through one-on-one coaching, workshops, and online support. She is also the founder of the Write On Online community for writers, creatives, and entrepreneurs, as well as the host of #GoalChat on Twitter and #GoalChatLive on Facebook.
A long-time communications expert and speaker, Debra has led workshops for the Los Angeles and San Francisco chapters, as well as SoCal groups, such as the Greater Los Angeles Writers Society, SoCal Science Writers, and IWOSC, among others, She joined WNBA-LA last year, and quickly became webinar coordinator.