Doreen Chen Allen – Partner, Sagest  www.sagest.com, producing & publishing bespoke books, in both physical and digital formats.
Doreen and her husband Charley began making books for museums, nonprofits, publishers, artists, & authors in 2006. Their company, Sagest, has completed 130+ book projects for 70+ different clients. It takes a team of innovative and dedicated problem-solvers to implement “the art of the possible,” bringing content to life in beautiful, high-quality bound books and in audio & enhanced digital ebook formats. Projects have ranged from richly illustrated art, science, and history books to graphic novels to artist portfolios to children’s and middle-grade picture books. Sagest also publishes, under its own imprint, select books reflecting a deep concern for society and the environment, nature, and animals, or interesting aspects of art, history, design, science, and technology. 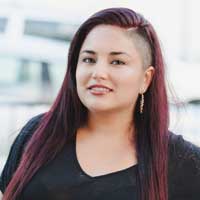 Natalie Obando-Desai is a Public Relations expert and the author of How to Get Publicity for Your Book. She has been a panelist and speaker at some of the most well-regarded literary conferences in the industry including the San Francisco Writer’s Conference, The West Coast Writer’s Conference and the Central Coast Writer’s Conference. Natalie is also a judge for several book awards including the highly sought Benjamin Franklin Award from the Independent Book Publisher’s Association. For more information about Natalie’s publicity work www.dogoodprgroup.com. 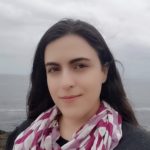 Diana Giovinazzo is the co-creator of Wine, Women and Words, a weekly literary podcast featuring interviews with authors over a glass of wine. Diana is active within her local literary community as the president of the Los Angeles chapter of the Women’s National Book Association. Her debut novel, THE WOMAN IN RED, releases August 4, 2020. Her second novel, I AM CHARLOTTE will be released in the Spring of 2022.

You can pre-order The Woman in Red here.

Janna King – When her two children were born, she turned her focus to kids’ animation but kept one foot in the “grown-up” live-action world. Her produced credits include TV movies and series, both live-action and animation.

Janna segued into directing with her original short film, “Mourning Glory,” based on her feature script of the same name. The short was an official selection at several film festivals. She followed up with “The Break Up” and the award-winning animated short, “Willow,” written and co-produced by her daughter, Izzy Kay.

In theater, her first one-act play, “Double Date” was performed at The L.A. Renegade Theatre’s One Act Festival 2014. At Renegade, she also directed her original plays, “Boners & Other Stupid Mistakes” and “The Bluff.”

She is a freelance journalist and blogger, co-founding the website, The Broad Life. Janna’s novels The Seasonaires and its sequel Malibu Bluff from Pegasus Books are available now.

About our Sponsoring Members: